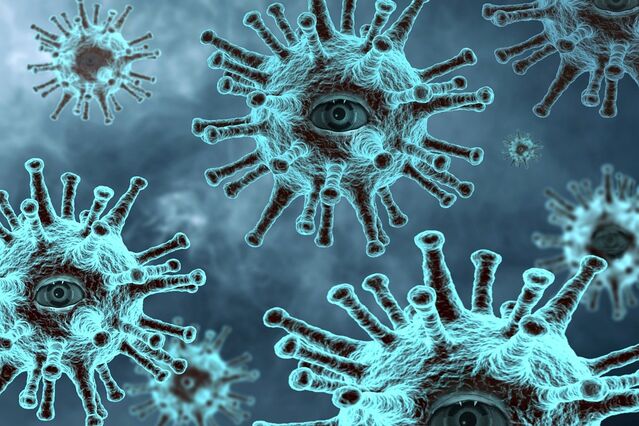 The pandemic has revealed, yet again, our extensive scientific ignorance, as well as the fear and distrust many feel for those who do understand science. I’m not just talking about our ex-president musing about injecting bleach into our bodies to destroy the virus. Rather, this is basic ignorance of Biology 101. A crippling misunderstanding of what evolution, Natural Selection, and Darwin are all about, and how that impacts their world view. Worse yet, some think they’re making a political statement by disregarding the germ theory of disease and refusing to wear a mask.

If the average American understood evolution as well as they feared and despised it, the country would be transformed overnight. Ask the man or woman on the street what evolution “means” and they’ll sputter a bit before telling you “It means we come from monkeys.” If you press them on the details the conversation gets very quiet, very quickly. All they know is that some fancy scientists, led by Darwin, believe that monkeys turned into humans (patently untrue) and there’s no need for God or religion anymore. I have heard variations of that misguided viewpoint in supermarkets, gas stations, and restaurants.

So why bring all this up now? Don’t we have enough problems? The answer is that, like it or not, the pandemic has put evolution squarely in front of us yet again. The failure to understand evolutionary biology limits our ability to understand how covid-19 works. We don’t get that individual organisms, even viruses, can be dumb as stones because Natural Selection has made them into mighty adversaries. In the words of New York Times writer Nicholas Wade (2008), “The theory of evolution really does explain everything in biology.” To repudiate evolution, as so many Americans presently do, means one’s knowledge of biology is incomplete at best and inaccurate at worst. This is a hell of a way to live in the 21st century.

Newscasters casually use words associated with Darwinian theory like “mutations,” but do we really understand them? We are in a dangerous arms race, so to speak, with an enemy that can make us very sick, and even kill us. All our AK-47s and 2nd amendment rights aren’t doing us a whole lot of good. Militias are getting us nowhere. Worse yet, our populist hatred and distrust of scientists may be killing us.

Here’s an example I overheard at a grocery store last week. “How can these things be so smart? They’re so tiny and yet they’re outwitting us. It looks like they’re smarter than our best scientists. Just when we think we’re winning, they change. They become something else.”  Someone else added, “There’s got to be somebody behind this in a lab somewhere who keeps developing new kinds of these things and then they turn them loose on us. We’ll never catch up.” They were obviously referring to well-publicized variants from the UK and South Africa.  It’s surprising that these mutations took so many Americans by surprise and sent them scrambling for conspiracy theories to explain their origin.  Every year the flu vaccine has to be retooled because a new variant of the virus has evolved that can resist last year’s vaccine. Understandably, we are typically a year behind in our immunity to the seasonal flu. Is this also the work of evil scientists in a lab somewhere, or has Natural Selection allowed a new variant to evolve that can wage battle with us? Most people seem to accept that kind of Darwinian thinking about the flu, but look for deeper conspiracies in the case of Covid-19.

We reveal our ignorance when we look for an evil human agent even though a perfectly adequate natural explanation exists for the “shape shifting” enemy we are facing. All that right-wing, anti-science, anti-evolution, populist ignorance keeps us from getting it. In many quarters of society, our teachers, preachers, and parents are too busy hating evolution to teach us anything about it. Shouldn’t we understand it before we despise it? There is some indication that public high school teachers are doing a better job today than in 2007, but there is still substantial room for improvement [Footnotes 1- 4]. It remains clear that some do not understand evolution well enough to teach it; others are hamstrung by personal beliefs or state and local school board restrictions. A conversation with a high school biology teacher provides a deeper look at the problem (see Davis, 2009, pp 177-181). Even a tour guide in a Costa Rican rain forest avoided using the word “evolution” for fear of offending American tourists [Davis, 2014].

So here it is in simple English. The basic principles of evolution by Natural Selection are the same, whether you’re talking about a porcupine, a paramecium, or a person. As long as there are heritable differences, and unequal reproductive rates, you’re going to have Natural Selection. You can’t not have it. Do the math yourself. Physical differences that can be inherited are not equally successful. If some are more beneficial than others, eventually, the species will change, favoring the more successful mutations. Whatever they are. Long necks. Big eyes. Hearing high pitched sounds. Blending in with tree colors. What’s so difficult about this? Whatever works (leads to greater survival and reproductive success) is going to be favored over what does not. It will persist and take over. It’s common sense. If there are, for example, two strains of a virus, and one of them can resist our latest vaccine, which strain do you think will become dominant in the population? Is that really so contentious? Do we really need Sunday morning preachers raging against that idea?

Most mutations, and keep in mind that nature is spinning them out constantly (they are nothing more than gene copying errors), are of no value and don’t allow the species to become more successful, to leave more offspring. They may be negative or what is called “selectively neutral.”  But sometimes, when the stakes are very high, as in the coronavirus battleground, the smallest change can give our primitive opponent a momentary advantage. So it will spread in the population quite rapidly and may become the dominant form of our adversary. Why wouldn’t it? That slightly altered form of Covid-19 allows those little viruses, who are being hunted day and night by big smart humans, to live and replicate another day. 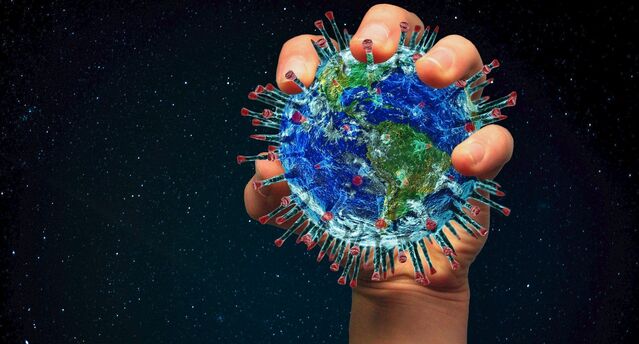 There’s nothing “smart” about that, although the media sometimes portrays it that way [e.g. Park, 2007]. The viruses didn’t do anything clever. They didn’t get together and reason, “I think we should try this change because the Pfizer vaccine is starting to become a real problem for us.”  They don’t have to be smart. Natural Selection makes them “smart” in the sense of being a better competitor. The danger in using glib metaphors like “smart” is they distract us with a familiar alternative from having to grapple with Darwin. Natural Selection is a perfectly straight-forward biological mechanism that accounts for what’s happening, without having to anthropomorphize viruses. Darwin was smart to observe the process and explain it to us. The “not so smart” part comes when we reject the idea.

Some of us – those larger, more complex organisms – are really smart (in a conventional sense) and we go to work in our labs to come up with vaccines that are effective against the newest mutation. And with any luck, our vaccines will keep the virus from spreading. And many of us will celebrate the victory by taking off our masks and getting together to sing and dance and hug. But the virus will continue to mutate, and maybe one of those unpredictable mutations will slip around our latest vaccine. And while we are busy celebrating and feeling good about ourselves, that new version of the virus will start to spread in the population because it can.

And that mindless new variant will quickly infect us. Not because it is smart, but because it is opportunistic. And we will, as usual, have shown ourselves to be both the smartest and the stupidest species on Earth.

Postscript: As if on cue, I received a punchline for this article in an email this morning from Colin Escott, a like-minded friend. He lives in Tennessee, surrounded by neighbors who share few of his political, religious or social values. He reported that he had been “…thinking about my ancestors making their way out of Africa, somehow avoiding or surviving animal predators, human predators, cold, drought, war, plague, pestilence, etc… so that I can sit here writing this.” He then added, “I try to explain all that to creationists who say that evolution reduces our existence to science with no sense of wonder.”

I suggested that Colin read Dawkins’ 2009 book called “The Greatest Show on Earth,” all about the splendors of evolution.

He replied, “I pretty much read only fiction since the pandemic started. I need to read Dawkins, and it would certainly qualify as fiction around here.”

THANKS:  I thank my longtime friend and colleague, Scott Parker, for his extensive and thoughtful critique of this article. I’m sure Scott would want me to add that he agrees with almost nothing that I’ve said here. I also appreciate the useful comments and suggestions made by Doug Reberg and Paula Cimba.

To Fight Loneliness, Research Says to Turn to Wisdom

To Fight Loneliness, Research Says to Rely on Wisdom

To Fight Loneliness, Research Says “Use a Little Wisdom”

Depressive Thinking During the Coronavirus Pandemic

Coronavirus: What are social distancing and self-isolation?

Scoping review of COVID-19-related systematic reviews and meta-analyses: can we really...

Love of Neighbor During the Pandemic

WebDesk - May 21, 2020 0
This present pandemic has restricted our capacity to meet and be with others. Social distancing makes social relationships, and social connection, much more difficult....