Captain Sir Thomas Moore (30 April 1920 – 2 February 2021), popularly known in the UK as ‘Captain Tom’, was a British Army officer who raised, on one estimate, £39 million for charity, approaching his 100th birthday, during the COVID-19 pandemic. 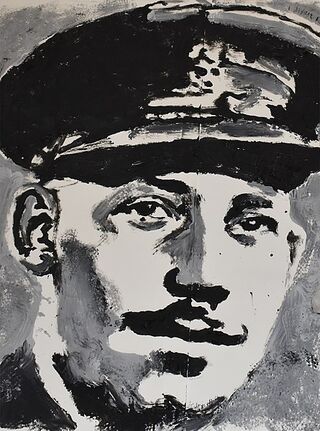 On 6 April 2020, at the age of 99, Moore began a charity walk, using a walking frame to assist, aiming for one hundred lengths of his garden. His initial goal was raising £1,000 by his 100th birthday in aid of NHS Charities.

But as the story of his herculean efforts, given his frailty and advanced age, gained attention across the world, 1.5 million individual donations poured in.

Amongst many accolades and honours for his efforts, on 17 July 2020, he was personally knighted by the Queen at Windsor Castle.

He died on February 2 after battling Covid and pneumonia. The extensive media coverage suggests he came to represent hope and resistance in the darkness.

But now Captain Sir Tom Moore’s daughter has revealed in a TV interview with the BBC, that the Second World War veteran was venomously criticised online for taking a holiday in Barbados over Christmas.

Hannah Ingram-Moore said that as the online trolling would have ‘broken his heart’, so the family kept this horrific aspect of the internet coverage of his activities, from her father.

The Guardian reports that a hearing will take place on Wednesday at Lanark sheriff court in Scotland after a 35-year-old man was charged in connection with an alleged offensive message posted on Twitter.

The ensuing Twitter storm over the story include suggestions that it was irresponsible of Tom Moore to travel to Barbados. Did this encourage others to remain close to home, discouraging the spread of Covid-19? Some have argued that Captain Moore’s trip was in reality a public relations stunt with a hidden agenda by British Airways, promoting air travel during a pandemic.

But investigations into the psychology of trolling have found these posts are deliberately hostile precisely to cause distress, or even psychological harm to the victims. Focusing on the particular content misses the psychological point of what is really going on.

28 percent of those surveyed in the U.S. admitted to malicious actions targeting strangers on the Internet.

Sadism was the best predictor of trolling, even more than narcissism, psychopathy or Machiavellianism, suggesting trolls basically derive pleasure and amusement from inflicting pain on others.

Trolling appears to be evolving from being “for the Lolz”, for the laugh at a prank, now to “for the Lulz”, which means more the joy of upsetting another’s emotional equilibrium.

Within the gaming community, a new type of trolling is referred to as ‘griefing’.  Griefers aim purely to disrupt others’ game experience, rendering the playing experience painful or even traumatic. This has become a form of entertainment.

Another new type of trolling, referred to as the rest-in-peace (RIP) trolling, or memorial page trolling, targets those grieving online over the recent loss of a loved one, by posting offensive and harassing comments, designed to incite angry responses.

In the case of Natasha MacBryde, her memorial page was trolled with disturbing images after she committed suicide. Similarly, in 2013, the memorial page created for Matthew Kocher on Facebook was inundated with posts mocking him, after he drowned in Lake Michigan.

Both trolls and sadists feel sadistic glee at the distress of others.

Assistant Professor Kathryn Seigfried-Spellar, a cyberdeviance expert, with Siddharth Chowdhury, a Master’s student, both in the Department of Computer and Information technology, Purdue University in the USA, have recently conducted the first scientific investigation into RIP trolling.

They found 20 percent of self-reported trolls have engaged in RIP trolling. Compared to ‘mainstream’ trolling, RIP trolls tend to score much lower on conscientiousness. They argued that the cluster of personality attributes they found meant that RIP trolls experience more feelings of dissatisfaction towards life, compared to non-RIP trolls.

The authors of the study, entitled, ‘Death and Lulz: Understanding the personality characteristics of RIP trolls’, argues posting obscene comments on the memorial pages of deceased loved ones is an aggressive form of electronic communication, and it may be an emotional outlet for RIP trolls. RIP trolls scored significantly lower on self-esteem compared to non-RIP trolls.

Those grieving for a lost loved one are signalling a sense of loss indicating that they indeed once had something precious to lose. Maybe they become targets because RIP trolls have never experienced an equivalent viable close relationship or a functional successful part of their life, so witnessing grieving ignites a resentment within them, which results in an aggressive retaliation?

But is there also something unique to the UK about the phenomenon of Captain Tom Moore trolling?

A tendency to take pleasure in the failure of high achievers has been called Schadenfreude, and it is perhaps no accident that this is a German word describing joy from witnessing another’s failure.

The authors of a new study, ‘Appreciation of achievement and a behavioural preference to view failure: Schadenfreude online’, argue that other individualistic cultures (e.g. USA) are more likely to favour the reward of high achievers.

The study used a psychological test referred to as ‘The Tall Poppy Scale’. This assessed a preference for high achievers to succeed, or to fail. Tall Poppy Syndrome refers to the expectation that poppies should grow together, so if one grows too tall, it should be cut down to size.

Previous research has found that those with lower self-esteem demonstrate a greater preference for high achievers to fail.

This new study, published in the journal, Personality and Individual Differences, found that those with lower decisional self-esteem, favoured the fall of the Tall Poppy. Decisional Self-Esteem refers to how effective people feel their decision-making is. Poor decision-making involves dysfunctional approaches such as procrastination and buck-passing.

Those that favour the fall of Tall Poppies are particularly interested in websites providing details of failures of others, and appear to like gloating at other’s misfortune, particularly of the successful.

The pandemic forced us all to make new decisions we never countenanced before. It tested our decision-making capacities. Adapting to unprecedented and challenging conditions meant relying on previous habits or choices, which is the way most of us normally function, could not work.

Not having to go to work daily, for example, in a lockdown, meant you were forced to make your own decision about when to get out of bed in the morning.

Poor decision-makers will have been particularly challenged and exposed by the pandemic.

If impoverished decision-making produces a tendency to want to gloat over the previously successful enduring failure, then one coping mechanism the pandemic will have stoked, is a new epidemic of internet trolling.

In order to maintain group cohesion, there may even be a preference for high achievers to fail in some cultures.

Captain Tom achieved something extraordinary using nothing more than a walking frame and a back garden, because he made an amazing decision. That determination liberated him from all the restrictions imposed on him by a pandemic, his age and his vulnerability. This choice meant by just walking back and forth, he stepped out of that garden, into Windsor Castle, and the world.

Some are going to find that resolution very threatening, and will retaliate.

But this is just their way of dealing with their own demons.

The problem is they remain blind to what they could learn from Captain Tom, whose legacy could liberate them, from themselves.

Dr. Peter Bruggen passed away in 2018. While this post was written by Dr. Raj Persaud, Dr. Bruggen’s name is retained biographically as a tribute to his contributions overall.

To Fight Loneliness, Research Says to Turn to Wisdom

To Fight Loneliness, Research Says to Rely on Wisdom

To Fight Loneliness, Research Says “Use a Little Wisdom”

Who Will Take Care of COVID-19 Health Care Workers?

Plastic bags are making a comeback because of COVID-19

NEW: Brazil’s ambassador to the U.S., Nestor Forster, has tested positive for coronavirus; he...

Scoping review of COVID-19-related systematic reviews and meta-analyses: can we really...

Finding Instant Hope Amidst The Pandemic

WebDesk - April 18, 2020 0
Some of the wisest and strongest figures in history overcame meteoric challenges because of their resilience. Many of these heroes left us a legacy...